History of the dishwasher

You might not be able to imagine life without it now, but of course the dishwasher was invented. If you'd like to know how this wonderful device was invented, you can find out everything on this page 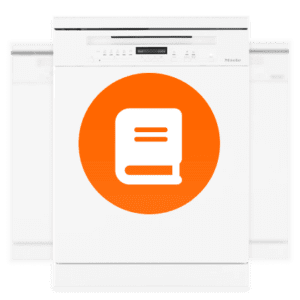 History of the dishwasher 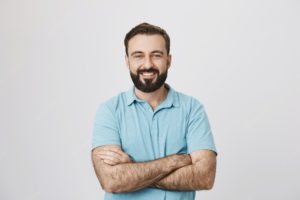 When was the electric dishwasher invented?

As early as 1850, the first patent was filed for a machine that could get dirty dishes, such as plates, glasses and cutlery, clean. This first dishwasher was not yet electric, but was powered by hand.

Thirty years later, in 1886 at the World’s Columbian Exposition, a machine was unveiled that already closely resembled today’s dishwasher. The drive was still manual and not electric.

It wasn’t until 1924 that the current dishwasher was first introduced. Western European households could use a small appliance with a front door and two racks for dirty dishes. These were then rinsed clean by rotating nozzles. This model was very similar to the dishwasher we know today, but the dishes still had to be dried manually.

In 1940, just before World War II, the first dishwasher with electrically powered dryers was developed. This electric dishwasher was still quite expensive and not available to the general public. It was at least 30 to 40 years before the average household had such an appliance at home. So it was not until 120 years after its first appearance that the dishwasher made its major breakthrough.

Who invented the dishwasher?

As with most other household appliances, it is difficult to pinpoint just one inventor. It was, in fact, Joel Houghton who, in 1850, had finished washing her dirty dishes by hand. She wanted to develop a machine that could do this faster. Her dishwasher invention was mainly used in the catering industry to reduce the costs of dishwashers. Simply put, the dirty dishes were collected in a large wooden barrel with water, and you could set the water in motion with a lever. While the water splashed against the plates, the worst of the dirt was rinsed off. The dishes were not completely clean, so Joel Houghton’s invention was soon forgotten.

Then Josephine Cochrane also invented a manually powered dishwasher. This American lady was annoyed by the amount of washing up that went on after every party, and her maid broke a lot of her precious china while washing it.

You could get the dishes clean with the wooden machine, because it was in different compartments. The water had better access to everything, and after washing, you could drain the water from the dishwasher and let the dishes dry. So drying by hand was also no longer necessary.

But even this model, which was given the name Josephine Cochrane dishwasher, never had a real breakthrough in households. Her invention, too, was mainly used in the hospitality industry.

Dishwasher for a small family

Dishwasher for a large family

Dishwasher for a family

How to unclog my dishwasher

How does a dishwasher work

How to reset my dishwasher

Where to put the dishwasher tablet in a dishwasher

Why does my dishwasher not start

How to install my dishwasher

How to connect a dishwasher

What is an undermounted dishwasher

Where to put the rinse aid in a dishwasher